March is Endometriosis Awareness Month. Endometriosis is an extremely painful disorder where tissue similar to the lining of the uterus (the endometrium) grows outside of the womb. It most commonly spreads to the bowel, tissues lining the pelvis, fallopian tubes and ovaries and affects 1 in 10 women. Many women struggle to get a diagnosis so if you are suffering with very heavy or painful periods and have been dismissed by your doctor or gynecologist, get a second opinion.  Don’t be fobbed off!

The main sign or symptom of endometriosis is pain, with 79% of sufferers experiencing heavy and painful periods. It is one of the main causes of infertility and can make intercourse extremely uncomfortable, which doesn’t help when trying to make a baby!

Other symptoms include painful bowel movements or urination and back pain during menstruation. Constipation, diarrhoea, bloating, feeling sick and exhaustion are other common signs of this disorder.

Although the pathology is not well understood, it is believed that causes include inflammation, hormone imbalance and autoimmune response. Diet is thought to play a major role, with a diet high in sugar and processed foods often driving inflammation.

The medical approach to treating endometriosis is usually surgery, but lesions often return within a few years, or the oral contraceptive pill, which may temporarily alleviate symptoms but does not tackle the root cause. Sufferers often rely heavily on ibuprofen and paracetamol, which may provide temporary relief, but come with their own issues such as damage to the gut lining from chronic use, and depletion of essential nutrients. If all else fails and the woman already has a family, a hysterectomy may be performed.

Studies have shown that a diet high in fruit and vegetable and low in meat products was protective against developing endometriosis. Interestingly, women with fewer children and a low BMI were shown to be more likely to develop the disease.  One small study of 107 women reported a 75% decrease in pain after removing gluten from their diet.

Although further research is needed to determine which food and lifestyles correlate with the development of the condition, it has been found that the following factors may have a negative impact on endometriosis by influencing oestrogen balance:

Foods that may have a positive, anti-inflammatory effect on the body include: 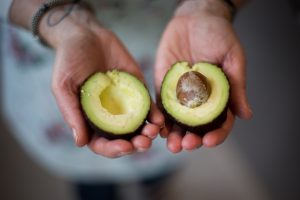 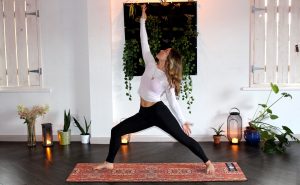 Although it may seem counterproductive to exercise with endometriosis, movement can, in fact, play a key role in managing the condition. Endorphins released during exercise are anti-inflammatory and can help to relieve pain. Exercise may help to relieve back pain common to sufferers as well as promoting sleep. It is believed that endometriosis is driven by oestrogen, and exercise has been shown to lower levels in the body. Always listen to your body, however. Over exercising may exacerbate symptoms. If you are new to exercise or have recently been diagnosed, it would be advisable to initially work with a professional and consult your GP.

Other lifestyle factors to consider are:

The scientific evidence on natural approaches to managing endometriosis is scarce at present but adopting a healthy lifestyle with good nutrition, regular movement, 7- 9 hours’ sleep a night and avoiding environmental toxins where possible can only have a positive impact on your life. This may be hard to implement on your own. Let me know if I can help.

This website uses cookies to improve your experience while you navigate through the website. Out of these cookies, the cookies that are categorized as necessary are stored on your browser as they are essential for the working of basic functionalities of the website. We also use third-party cookies that help us analyze and understand how you use this website. These cookies will be stored in your browser only with your consent. You also have the option to opt-out of these cookies. But opting out of some of these cookies may have an effect on your browsing experience.
Necessary Always Enabled
Necessary cookies are absolutely essential for the website to function properly. This category only includes cookies that ensures basic functionalities and security features of the website. These cookies do not store any personal information.
Non-necessary
Any cookies that may not be particularly necessary for the website to function and is used specifically to collect user personal data via analytics, ads, other embedded contents are termed as non-necessary cookies. It is mandatory to procure user consent prior to running these cookies on your website.
SAVE & ACCEPT